Please welcome my next victim! Another mother who writes about one womans journey to motherhood. 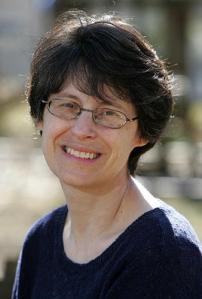 Judy Mollen Walters is a Stay-at-Home Mother to two teenage girls who were conceived through infertility treatment, which led her to write her debut novel, Child of Mine, the story of an infertile midwife searching for her biological parents and a way to create her family. Judy spent eight years working as an editor in nonfiction publishing before becoming a Stay-at-Home Mother.

I started writing stories when I was eight years old, but none of them was any good! I was an English major in college and was always fascinated by the book publishing process.  I began writing in earnest when my younger daughter turned three and ideas for novels would haunt me unless I wrote them.

I can only write when no one is in my house, and that is a challenge! I usually start writing soon after I get up in the morning, when I am most energetic, my high schooler has left for school, and my husband is at work. My older daughter is in college so she is away most of the time. 😦

I am always looking to write characters who have parenting issues or challenges – whether, like my midwife, they are desperate wanna-be parents, unable to get pregnant, or like in my upcoming novel about a rabbi whose wife has died, forcing him to raise his two teenage children alone.  “They” say write what you know, so I try to, and parenting is what I know! 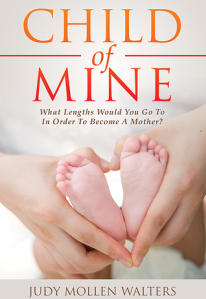 I want to tell good stories that transport my readers as well as make them think.

I don’t like the word “or.”  I see so many authors who make this a devisive issue, and I don’t think it needs to be.  There are pros and cons to each path. I’ve actually hybrid published Child of Mine (hybrid is my own made-up term, maybe it will catch on!). I have an agent (Erica Silverman of Trident Media Group) and she tried to secure a traditional deal for me, but after a while, we decided to epublish my book through Trident Media, which now has its own ebook division.

It’s a loooooong story….When my younger daughter was three (she is now fifteen) I came up with an idea for a novel. I wasn’t trying to write a novel, but the idea wouldn’t leave me alone, so I decided to write it.  It was terrible! I put it aside and didn’t think about writing for a couple of years.  Then another idea popped into my head and I wrote that. It was slightly better but still not very good.  I wrote another one; I started looking for agents.  I couldn’t get one, so I wrote another book!  After nine months, I got two agent offers in twenty four hours. I thought This is it. I accepted one of the offers based on the name and reputation of the agency and agent, had a written, signed contract with the agency, and began the revisions she requested.  Three months later, I sent her the revisions. She wrote me a one line email, “I am not the agent for you,” and walked away.  I began revising as I queried some more. Nine months later, I got an offer from my current agent.  We couldn’t sell that manuscript. I started writing Child of Mine during that time; we tried to sell Child, but at the same time, the ebook market began to explode. The agency she works for, Trident Media Group, opened an ebook division and we decided to publish it that way, instead.

What lengths would you go to in order to become a mother? Midwife Katie Cohen-Langer delivers babies for a living, but despite years of intensive infertility treatments and growing desperation, she can’t have her own child.

As families grow under Katie’s careful watch, her husband wants to move on to adoption. But Katie, who was adopted as a newborn, can’t bear the thought of never having a biological connection to anyone.

So she sets off on a journey to the other side of the country, along with her emotionally unstable sister, to find her biological relatives.

What she discovers about her roots –and about the parents who adopted her — rocks her world in a way she never could have expected. And even as she deals with what she finds, she still needs to figure out a way to become a mother.

I believe strongly in writing what you know. I have a great fascination with pregnancy, birth, and family building so I loved writing about a midwife delivering babies. I went through infertility treatment to have my two children; it felt natural to write about that aspect of the story, too.

You should love her!  She is a strong, independent woman going through the roughest time in her life.

Thanks so much Judy for spending some time with us! You can keep up with Judy on her website and blog! And you can find her books at anywhere you can purchase an ebook!