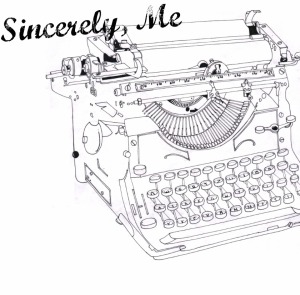 So I thought since I have interviewed hundreds of authors over the years on this blog, that you would enjoy hearing me answer some of the questions I have posed to them over the years.

Each week I will answer one or two questions, if you want you can leave your own questions for me in the comments and I will try and answer them in a future blog post!

Give us an insight into your main character. What does he/she do that is so special?

I will pick apart both of my main characters from the Stan Brookshire series as they have been with me the longest and have the massive backstories… Enjoy!

Det. Stan Brookshire:
Detective Stan Brookshire started his career as an undercover agent in the Organized Crime Unit (OCU) of the Lake City Police Department. He had it all. Rewarding career, wonderful wife and a bright future until it was all cut short when he and his partner were caught in the crossfire of a drug bust gone wrong.

He survived. His partner did not.

That was just the beginning of his downward spiral into a deep depression where he found himself more often then not using alcohol as a way to numb the pain of his loss. With the media frenzy surrounding his case he became more of a liability to his department then the asset that he had been. He crawled further into the bottle. Unable to cope with her husband the way that he was his wife left him. He sank deeper until his bosses told him that he had one last chance at redemption.

They partnered him with what ended up being the one person who seemed to be able to force him to pull himself out of his tailspin and come back to the land of the living.

Detective Jane Trinity is woman detective in a long line of male police officers in her family. An only child growing up she felt it was her job to fill the shoes left before her and become an officer as her father and grandfather before her.

As much as any parent should have been proud of their child her father did not support her decision. He made it all but unbearable for her while she was in the academy and he refused to go to her graduation. Women were not supposed to be police officers or so he believed.

Her determination came across to others as if she had a chip on her shoulder and something to prove. Which in turn left her on the outside looking in with most of her peers until a last effort to keep the peace in the department and she found herself partnered with Stan.

It was only then that she realized that there were more important things in life than always being the best at her job.